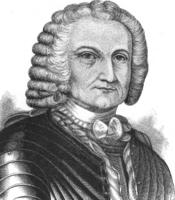 The pictures from New Orléans are tragic, sad & infuriating. But first and foremost, it is a big tragedy because of all the pain & suffering the good people of this city have to go through.

It is sad because if the damage is as bad as it shapes up to be, it doesn't seem to make much sense to rebuild the city in the same location, thus one of the allegedly most charming places in the US might be lost for good. Even if it can be rebuilt, I doubt that it will retain its special charm, for which I always wanted to visit it at some stage - but not any more.

If I were a citizen of the US, I'd be furious, albeit not surprised, about the apparent dilettantism that this catastrophe is being handled with. While the hurricane itself seems to have been pretty much standard procedure & luck, it is entirely incomprehensible to me how a foreseeable event such as a dam failure would not immediately trigger a premeditated, commensurate, large scale response, even if it is preceeded by a hurricane. Bad luck always comes in doubles. This is Iraq all over again, but now in the heartland of the US. And there are not even any terrorists to blame, although any sign of them would come in extremely handy, of course ... at any rate, it will be interesting to see whether this reflex will be triggered.

But it's true (via andare), it's neither the president's nor his administration's dilettantism's fault. The ultimate culprit is Jean Baptiste le Moyne, Sieur de Bienville, who in 1718 founded New Orléans contrary to better advice below sea level. "A Frenchman and a fool - what else is new?"
Posted by Chris at 22:43

I'd say it was everyone's fault. We knew that this was going to happen for decades now. It's the federal governments fault for not being effective in aid and relief. It's the state government's fault for not having an adequate disaster program. It's the munciapal government's fault for not providing a better evacutation plan. No one wanted the throw money to system that may not work in an event that may not happen. How many times has the Louisiana or the Army Corps of Engineers come before Congress and ask for funding? How many times were they refused or given a fraction of what was asked? How many times the resident of New Orleans and greater Louisiana rejected the referendums to fund a levee project? We knew it was coming but we just hoped it would have been after we died.

David, your differentiating comments are certainly appreciated. You underestimate two relevant aspects, though: responsibility & perception. While everything you say is most probably true, the ultimate responsibility, if not for being miserably prepared, then at least for not intervening when the chaos became clear, remains with the administration. The widespread perception of this administration's failure has now been reinforced by events, and is unlikely to be undone.