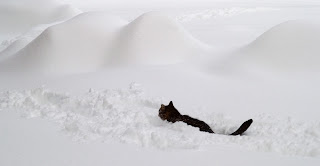 Thank you for choosing to stay with us.
You'll be missed.

What would you do?

Here's your Sunday Philosophy Club ethical problem: The other day, I bought an iPad Case from an auction site. The seller (100% straight positive ratings) advertised it using Apple's original photos and description, the price was 29 instead of the original 49. Prior to the purchase, I asked whether it was the real thing - no reply.

The inevitable happened: The case arrived, but turned out to be an inferior imitation. I contacted the seller straight away, demanding a return. He agreed immediately, and the transaction was reversed at minimal cost to me.

Next stop was the seller rating: I opted for a Neutral (rather than negative) rating because the transaction was reversed without trouble. But the seller wouldn't have it as he preferred 100% happy customers, and my Neutral would be a spot on his clean bill. So he offered a tenner in exchange for my removal of the rating. I refused. And now, he's offering 50 or the original iPad case for free.

What would you do? I feel obliged to the user community of the auction site because I rely on user ratings myself to a substantial degree. Plus the seller did not respond to my pre-sale question. And he came up with some form of compensation only after his clean bill of health came under threat. So the transaction was objectively flawed.

On the other hand, he is now voluntarily prepared to pay up in order to maintain his reputation to the outside world, and presumably, every other buyer could do likewise in the similar situation (he has collected 4 Neutrals in the meantime, btw). Taking the point of view of my original intention of the transaction, I would get for free what I was prepared to pay for in the first place. So the both of us would be happy, and my Neutral rating wouldn't be justifiable anymore.

This is a trivial case, of course, but it's a nice illustration of an ethical dilemma. Just transpose the situation to the value of, say, a house ... so, what would you do?
Posted by Chris at 17:25 3 comments: